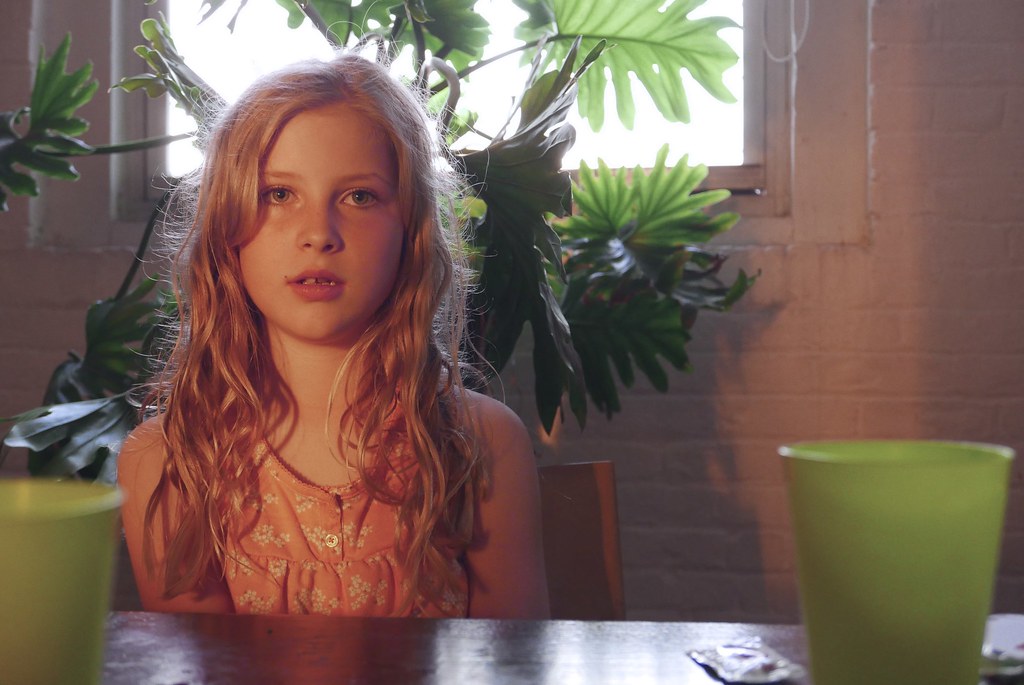 You accommodate yourself to the idea of losing so much when you live in New York, or else you go crazy here. Things you take for granted in other places, like a view from your bedroom window or light hitting your kitchen at dinnertime, can be gone as fast as it takes a developer to throw up a brick box. I’ve seen apartments in old buildings in Manhattan where windows were just closed off entirely when a lot next door got built up.

So I relish all the weird ways that we get light in our apartment–the morning sun reflected off the glass of the building across the street, the sunset bouncing off our cheesy steel counters and filling the kitchen. Real estate madness does damage in so many ways here–check WNYC’s “There Goes The Neighborhood” for a good overview–but one of the little wounds it inflicts is throwing neighborhoods into shadow for a few extra hours a day. Our neighbor’s roof garden changed completely when a tower shot up across the street and cut several hours of sunlight from his tomato plants.

I grew up in a place where views can be counted on for generations, and where sunlight is almost never threatened. I’ll never understand the perspective my children will grow up with, from which any skyline is only temporary, all light only held on loan. #sunsetprovision It’s tempting to look to our children for confirmation of the things we want to believe about ourselves. Maybe it’s impossible not to. I certainly don’t fault my father for looking to me to to provide evidence that he was smarter than his career of academic failrue would indicate. And I don’t blame myself for watching the way my older daughter moved through the world and thinking, yes, she takes after me: solitary, calm, stoic in the face of turmoil, graceful in the face of disappointment. But this second kid—who turned 7 today—gave the lie to that myth. From the moment she breathed oxygen she made it clear that she was her own person, not a cipher for us to read as proof of our own virtues. If anything she can seem like someone sent to us to force me to reckon with my shortcomings: she is determined, fierce, demanding, willful, certain. She cannot be understood as the combination of some fraction of Jennifer’s personality and some of mine. And she’s made me think again about how I identify with her sister, and her mother, and everyone—she’s made me think about how much more there is to be gained by withdrawing myself from my understanding of other people and trying harder to see them for who they are. #Zettie #sinsofthefather #mouthsofbabes #happybirthday #monster (at Bushwick Inlet, East River) Running a restaurant forced me to learn parts of the city that I’d never even visited–Maspeth for emergency paper supplies, industrial Brooklyn for pieces of custom stainless work, the South Bronx for pre-dawn fish. It was all part of an education for me in what makes the city work for the thousands (millions?) of folks whose only interaction with the service ecosystem was at the point of sale. It made me feel like I’d spent my first 6 years in the city as a kind of tourist, blithely unburdened by knowledge of what went into making possible the simplest little transaction, like buying lunch. If New York was a great show, now I was standing backstage. And like any backstage, it was a lot less glamorous than what was going on on the other side of the curtain. But it felt cool to be there anyway–it made me fee anchored in a way that little else had. #slowdayatUPShq #thelife #atyourservice (at UPS Maspeth Hub) Zettie & I just got caught up in the middle of a police chase–about 10 cops, on foot and in cars, driving both up and down a one-way street, speeding through the bike lane, coming around every corner so fast I couldn’t believe no one got run over. They were chasing a kid who, under the circumstances, seemed incredibly composed, even placid. If you didn’t notice the police bearing down on him you’d have thought he was out for a stroll.

He ran straight to us, then doubled back when a patrol car boxed him in. A white guy next to me was walking his dog and yelled at the cops–“you want me to help get him?” He tried to hand his leash to an old woman pressed against the window of the drug store next to us, but she let it drop to the ground, no interest in helping this would-be vigilante act out his fantasy.

The police didn’t need his help anyway–they took the kid down on the sidewalk across the street (and to my eye were pretty measured about it given the adrenaline in the air) and put him in the car after going through his pockets. (Apparently he was a suspect in an armed robbery–I got that from Twitter, though, and I didn’t see a gun).

Anyway, I was pretty shaken by it–the cars driving so close so fast, the threat of violence that loomed over everything, the terrifying eagerness of a bystander to jump into the fray. And I was worried about what it would all look like to Zettie, how scared she would be by it, how confusing it must have looked. I was shaking as we walked away from the scene, holding zettie’s tiny hand as much for my comfort as for hers. After a block she said, “so anyway, daddy, you were telling me a story….” #unflappable (at Williamsburg NYC) When I was in 1st or 2nd grade I found a 45 in the gutter near my house. I think radio stations or record labels used to send people driving around to throw promotional records out the windows of their cars, I don’t know. It was Tennessee Ernie Ford’s “16 Tons.” I played it a thousand times over the next year, mystified and a little scared by it, especially the refrain, which I heard as “another day older and deeper in death.” #earlylessonsinmortality #anotherdayolder #happybirthdaytome These ice-crusted rocks are #whyirun: flickers of winter, things I only really see when I’m out alone, my heartbeat drumming my mind into order. #quiet #weatheriswilderness #andthentheyweregone (at Manhattan Bridge)